The main building of the Max-Planck-Gymnasium in Lahr, built in the mid 1960s, still remains in its basic architectural structure and its clear division of uses: Assembly hall on the west side of the building, sports hall on the east side, classrooms on the south side, administration and science rooms on the north side. The courtyard, with the canteen, kiosk, media library and various common areas, has become the center of school life with the conversion to an all-day school. The school concept as an open all-day school required new spaces that create a pleasant atmosphere for pupils and teachers in addition to fulfilling their main function. The courtyard was covered with a transparent foil pillow construction. Over 1,200 m², the new school world unfolds in three two-storey cubes with rooms like learning workshops, a library, media room, kiosk and canteen. Dividing the specified room program over three buildings instead of one large building has opened up the courtyard and kept it transparent. The three new buildings are set apart clearly from the surrounding structure in both shape and color and highlight their special value to the school and school life. The strategy of the construction team, which also included pupils and teachers from the Max-Planck-Gymnasium, was to contrast the existing building consciously with colored areas: magic violet, bright yellow, deep red, creative blue and vibrant green. The individual color shades were selected for the school as a creative location taking into account aspects of color psychology and reflect the color spectrum “fantasy”. The facades are coated with Rausan KR Fine Render 3550 and offer a high resistance to abrasion and soiling. In addition to the architectural aspects, sustainability, energy efficiency and thermal comfort were also key elements of the design. The film roof is completely recyclable and, according to calculations, has resulted in a saving of up to 17 %, despite the energy consumption for three new buildings. 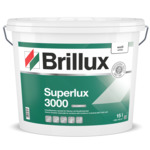 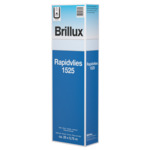 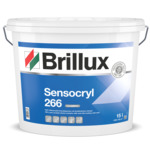 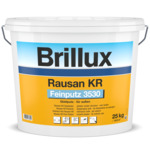